Since the dawn of mankind, the transgression of others’ rights has existed. The history of earth has mostly been written in blood. The passing of centuries and the level of civilization has not changed this fact. Crushing and destroying the weak has always been the nature of ‘man’.

This transgression of others’ rights has been called ‘murder’ in the case of a single human being, and a ‘massacre’ when talking about the masses. When talking about a particular group or race, this was named a ‘genocide’.

The general definition is this: ‘The extermination of the members of a community or communities who can be distinguished from others in terms of race, species, political view, religion, social status or any other distinguishable feature, in line with the interests of the exterminators, following a particular plan.’

The crime of genocide has been part of The Convention on the Prevention and Punishment of the Crime of Genocide since 1948.

According to this convention, any of the following acts committed with intent to destroy, in whole or in part, a national, ethnical, racial or religious group, as such:

Genocides happened throughout the 20th century.

Tayyip Erdoğan was caught red-handed as the then Prime Minister, as he was involved in corruption and bribery along with his close family and circle of friends on 17 and 25 December 2013. He then blamed the sympathisers of the hizmet movement for the legal and police operations against him. He called the corruption charges a coup, despite the huge number of substantial proofs of bribery and corruption. Instead of resigning from his position as any honest politician would do, he decided to completely annihilate the Hizmet Movement and its sympathisers through various means such as banishment and forced migration. The Turkish word ‘Tenkil’ we prefer to use for this case means in dictionaries, ‘to completely annihilate an enemy or people seen as a threat,’ ‘to inflict a punishment that would deter others’, or ‘forced exile or migration’. It is a word that can be used interchangeably with the word genocide. 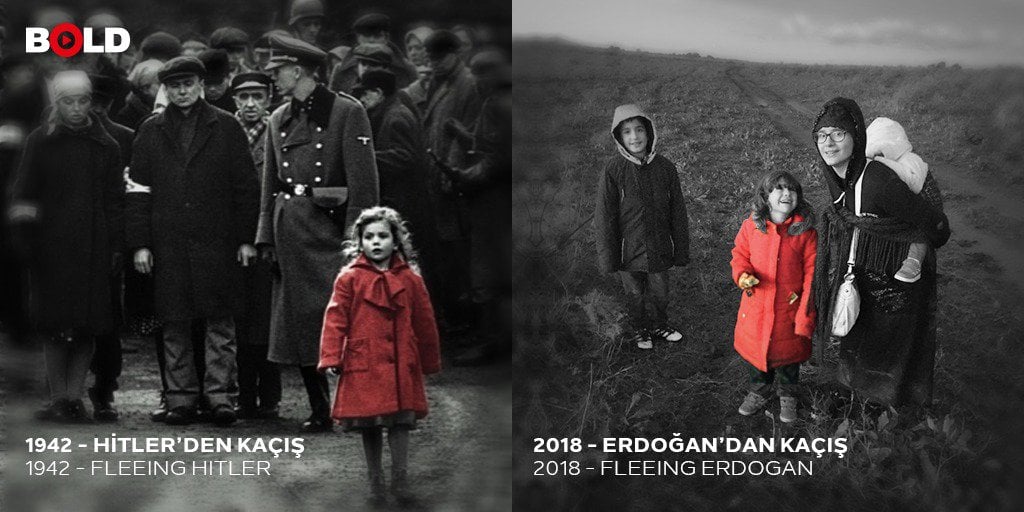 ARE THOSE THINGS COMMITTED AGAINST THE HİZMET MOVEMENT CONSIDERED GENOCIDE?

Genocide Watch Director Gregory Stanton had written a report in 1996 entitled “Eight Stages of Genocide’. Let us analyse it.

People are divided into ‘us and them’. The traitors and the patriots.

This stage came to a completion four years ago.

The group targeted as the enemy is defined by terms of hate created for this reason: Assassins, traitors, Feto…

This stage came to a completion three years ago.

This group of people’s being human is denied. They are identified as viruses, pests, slugs, parasites, bugs and illnesses.

This stage came to a completion three years ago.

This stage came to a completion a year ago.

The Turkish public has been completely polarized with the polarizing rhetoric of Erdogan over many years.

Lists of victims are drawn up based on their ethnic or religious identities. K

This stage is considered extermination, rather than murder, because the victims are not considered human.

This stage began on an individual basis. Torture entered the scene again. Thousands of people has been subjected to torture under arrest and in prison. More than hundreds of people committed or forced to commit suicide under suspicious circumstance or as a result of the torture and pressure. About 50 people died as a result of not being given their medication or not taken to hospital in an emergency. 13 people were kidnapped in broad day light using mafia methods in the middle of the city. More than 80 people were kidnapped by illegal means from abroad and taken forcibly to Turkey. Dozens of people committed suicide as a result of the pressure of being called a ‘terrorist’ and ‘traitor’ on a daily basis.

More than 150.000 people were fired from their jobs by the illegal directives of Erdogan. About 170.000 people were arrested and 90.000 people were jailed. About 200 media outlets were closed down, 264 journalists and media people were imprisoned. Thousands of journalists were rendered unemployed and hundreds were forced to live a life of exile. More than thousands of companies’ properties were confiscated, that amounted to 50.000.000.000 Turkish Liras according to official statistics.

The perpetrators of genocide deny their atrocities. Erdogan, who is committing these atrocities is able to say, ‘no one was harmed as a result of the State of Emergency’. He is able to ask, ‘has the state of emergency been used for anything but to combat terrorism?’

Ex-president of justice Bekir Bozdag and current minister Abdulhamit Gul and other ministers are able to use such illogical and unbelievable rhetoric such as claiming that no one was harmed, that there are no journalists in prison, that Turkey is a shining star in terms of democracy, rule of law and human rights and freedoms. This means that the stage of denial is still ongoing.

As such, the Museum of Forced Migration internet website has been set up to record these atrocities, make them part of history and create consciousness.

We would be grateful for all your contributions to our website in terms of new ideas, creating content and sending testimonies. All your support will increase awareness about forced migration.

“tenkilmuseum.com” is administrated by a group of journalists forced to leave their country behind.