A TEACHER WHO LOST HER LIFE AS HER MEDICATION WEREN’T PROVIDED: HALİME GÜLSU

Even the ones who helped the members of Hizmet Movement, who were expelled from their professions and arrested during the state of emergency in Turkey, got their stake from the oppression. Halime Gülsu (34), an English Teacher living in Mersin, was one of those.

Gülsu was living with her mother, as her school was shut down after July 15. Meanwhile she also helped the isolated children whose parents were arrested. This was classified as a crime, and she was taken into custody on February 20, 2018.

After spending 12 days in custody, she was sent to Tarsus Women’s Closed Prison No.3, on March 3, 2018, with the decision of Criminal Court of Mersin. There were 21 more women in her ward, just like her. But Halime Gülsu was ill.

She was suffering from Systemic Lupus Erythematosus (an autoimmune disorder which can affect several organs) since she was a kid. Her prescribed medicines were not given to her during the time under custody. Her prescriptions were lost, which were handed to the police by her family. Without her prescriptions, she could not get her medication. This resulted to deterioration in her health day by day. She has informed the prison administration about her illness over and over again by writing letters. But neither the doctor of the prison, nor the doctors in Tarsus Public Hospital understood her.

On April 28, 2018, early morning and before sunrise, Halime Gülsu got into a coma state, and died shortly after. She passed away as a result of not being able to obtain her medication and not receiving treatment. In prison, she spent two months full of pain and struggle. Her state became serious in her last two days; she even needed the help of her friends in her ward to use the toilet.

Four days before her death, Gülsu wrote a three-page letter to the Prime Ministry Communication Centre (BIMER), telling what she had been through during her time in custody and prison. She ended her letter saying, “My illness is serious and fatal. I demand the necessary legal procedures to be started in Mersin Police Department, Tarsus Closed Prison and Tarsus Public Hospital; regarding all the staff who have neglected their duties from the first day of my custody, during my imprisonment until this day that I’m writing this letter”, thereby making a criminal complaint. This letter that is exhibited, came into light after a year of her death with the efforts of Ömer Faruk Gergerlioğlu, the Member of Parliament, Kocaeli deputy of HDP, who is also a member of Human Rights Committee of The Turkish Grand National Assembly.

Non-governmental organisation MAZLUM-Der has investigated death of Halime Gülsu and published a report on May 19, 2019. According to this Report, the young teacher lost her life due to negligence. One of her ward friend’s words in the report proves this: “They didn’t give water, she was in a state that she couldn’t even walk, her tongue slid back to her throat and we pulled it out using a spoon, her prescribed medication wasn’t given”. But still the case was not investigated, Mersin Public Prosecutor’s Office decided that a prosecution was not needed and closed the case.

After two months in ward A-7 of Tarsus Women’s Closed Prison, what is left from Halime Gülsu is this photo taken in the yard of the prison, her yellow sweater she wore that day, her flower-patterned headscarf and the carton boxes of the last medications she could get, all of which were granted to Tenkil Museum by her family.

A TEACHER WHO LOST HER LIFE AS HER MEDICATION WEREN’T PROVIDED: HALİME GÜLSU 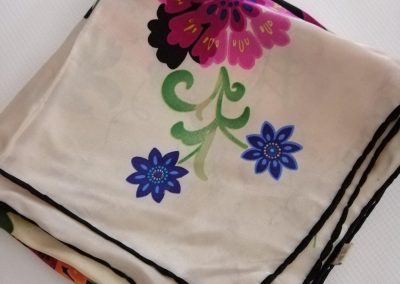